Sooner or later, during your development process based on the serverless architecture, you’re going to come across DynamoDB Streams. From the event-based model perspective, they seem to be an easy way to capture dynamoDB activity and invoke some further actions. Looks easy, but as always, the devil is in the detail, which literally might cost you some unnecessary money. So do not waste time and set a stream, attach the Lambda function to it and highlight those details.

Create the stream and bind with the function

Stream records are organized into groups or shards. Each shard acts as a container for multiple stream records and contains the information required for accessing and iterating through these records.

The easiest way, I use, to set up DynamoDB Streams is a Serverless Framework resource section in which I’m defining my database. Generally, I do prefer to put everything, apart from functions’ definitions, into separate .yml files and import them via ${file({{directory_name}/{your_file_name}.yml)} in the serverless.yml file.

You probably notice the parameter “StreamSpecification,” which defines how the stream is configured. You’ve got four options in terms of the type of information that will be written to the stream whenever data in the table is modified:

I chose NEW_IMAGE but that’s not all we need. Second step is to define your Lambda function that is going to collect and process the data from the stream. To make it feasible, first and foremost we have to attach the IAM Role, allowing us to describe and to get records from the stream. As the resource you’re setting the arn of the stream:

I’ve pasted the “*” because you cannot describe the stream unless it’s created. Of course to maintain the “least-privilege” rule, you should limit the IAM Role only to the stream you are going to create.

Following permissions are needed to manage resources related to your DynamoDB Streams:

The first problem with Serverless Framework you’re going to encounter during Lambda function integration is the definition of the stream as an event for Lambda. Take a look at the example function I’ve been using for the data processing. We’ve got an “event” part, which I’m defining the stream as a source event for the function.

The point is that it doesn’t bind the source event to the Lambda function. To do that you have to first create a stream for DynamoDB and after it is visible in the console

or via boto3 DynamodbStreams class method (describe_stream(**kwargs)), you must then add another configuration line to the event part in function section and “YOUR_STREAM” must be replaced with a proper name.

Then after the stack rebuild with sls deploy command you should see your event source trigger attached to the particular Lambda function, you’ve added it for:

Here’s the full configuration of the Lambda function after changes:

Process the data from the stream but unnoticed errors might cost

Here, among all received records I am filtering those ones with MODIFY evetName and with another Attribute value that I need:

Those “unnoticed” costs I’ve mentioned happened to me when I filled the table with new “testing” data, and stream has started to pass it to a Lambda function. Unfortunately, because of my mistake, Lambda couldn’t process the data properly and was returning an error that I haven’t been noticed about(alarm not configured). The stream was invoking “silently” my function during the night, and I came to realize that in the morning the next day. Twenty-four hours of data retention might be either great or like in my case, a lesson to remember. On a greater scale, a costly lesson.

If you can handle more then collect batches

By default, Lambda invokes your function as soon as records are available in the stream. If the batch it reads from the stream only has one record in it, Lambda only sends one record to the function. To avoid invoking the function inefficiently with a small number of records, you can tell the event source to buffer records for up to 5 minutes by configuring a batch window. Before invoking the function, Lambda continues to read records from the stream until it has gathered a full batch, or until the batch window expires.

With a Serverless Framework you can specify these parameters with event section:

Your Lambda function will be invoked when one of the following three things happens:

BUT, there is always a catch in talking more than a single record. Lambda function cannot say to DynamoDB stream, “Hey, I just processed these 10 events successfully, you sent me before, and these 10 unfortunately failed, so please resend me only those 10 that failed”. If you fail in the Lambda function, the DynamoDB stream will resend the entire set of data again in the future.

What I don’t recommend is to set your BatchSize to 1, because the ability to process a greater number of events at once is a huge performance benefit, however, there’s no golden mean for handling errors, so be aware of issues that might occur with batch size greater than 1.

Basically, there are two lessons coming from this article, I wanted you to bear in mind. First of all, if your function returns an error, Lambda retries the batch until processing succeeds or the data expires — do not forget about that as I did. Last but not least, if you partially succeeded with the batch stream cannot resend you the only records that failed. Generally, that’s a little bit problematic if you have already written part of your data, for example, to the table. Contrary to the DynamoDB stream in SQS, you can then delete a single message from the queue, so it does not get processed again. In DynamoDB streams, there is no concept of removing a record, because it doesn’t track how its consumers are reading the events. 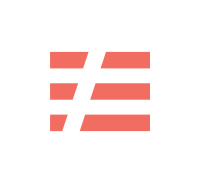